Nicolle Monico, Sr. Editor of Verified.org, is a writer and editor with more than 14 years of experience in the industry.

Formerly, the Sr. Web Content Editor for American Addiction Centers, writing and editing medically-reviewed content centered around drug and alcohol addiction. She is also a member of the American Medical Writers Association.

As Sr. Digital Editor of PodiumRunner (formerly Competitor Running) and Travel Editor of JustLuxe, she has garnered an extensive background in online media, copy editing, HTML formatting, SEO best practices and developing content strategies to further create brand recognition. In 2014 she was voted by USA Today 10Best readers as the #1 Best Luxury Travel Blogger in the nation.

Luxury travel writing is a hard job, but someone's gotta do it! Here you'll find travel pieces from hotel reviews to travel trends, city guides and in-depth looks at the industry over the years. 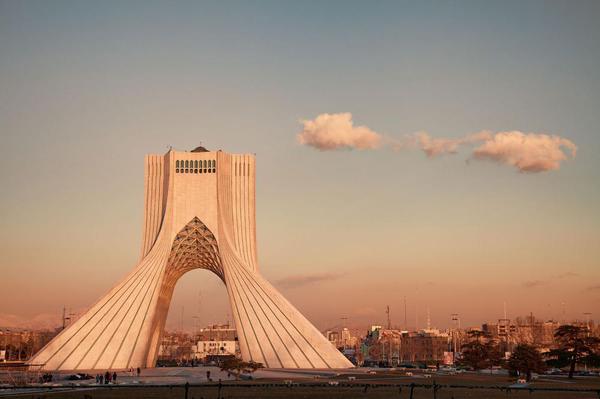 Iran as a Tourist Destination: Tips For Americans Visiting the Middle Eastern Country

Last week, NPR broadcast a story entitled ‘You Are Invited’: Isolated Iran Seeks Foreign Tourists, which juxtaposed the revolution’s slogan, “Death to America,” with its current international tourism campaign inviting foreigners (even Westerners) to its land. Over the past couple of years, this urgency to attract tourists to Iran has been sprinkling through the news. 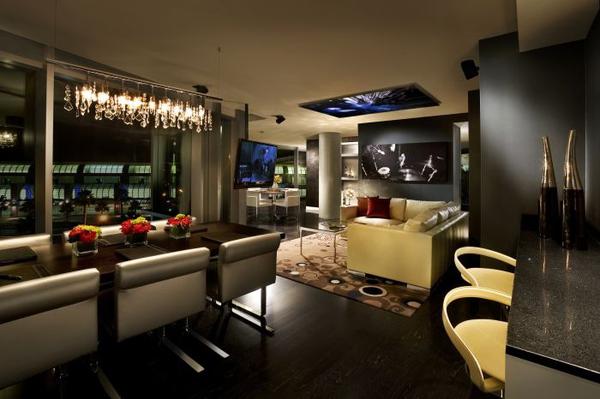 It’s pretty easy to consider never leaving your room when staying in the Hard Rock Hotel San Diego’s Multi-Platinum Suite. With 1,070 square feet of space, you might find yourself skipping a tour of the city to relax in your BainUltra air jet tub or sip on Champagne on one of two cozy L-shaped couches in the room. Had it not been my birthday weekend, you may have found me Neflix and chilling my whole stay instead of hitting the town. It’s that impressive. 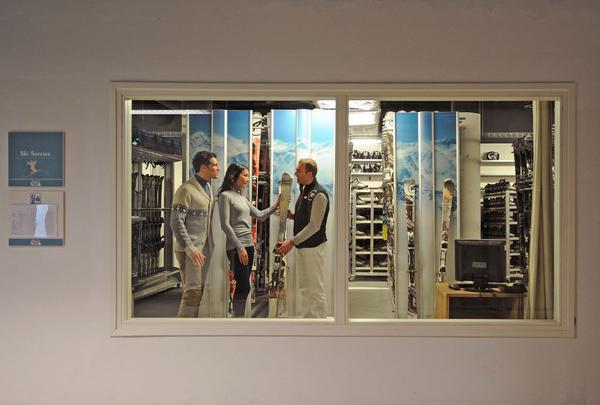 Why Club Med Valmorel Should Be Your Next Ski Destination

Part of the ESF Valmorel ski school, instructors go through rigorous training sessions and safety exercises just to be accepted into the program. So if you’re wondering if your life is safe in their hands, the answer is a solid yes. 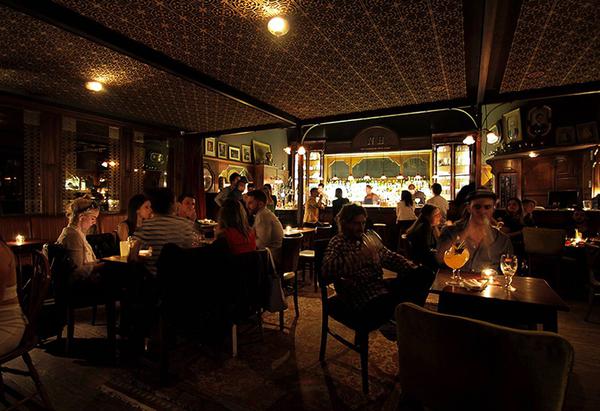 Buenos Aires, Argentina has long been on my list of destinations to visit. With its neoclassical architecture, vibrant nightlife, European vibes, sexy tangos and historic sites such as Teatro Colón and La Recoleta Cemetery, it was never a matter of “if” I’d go, but “when.” 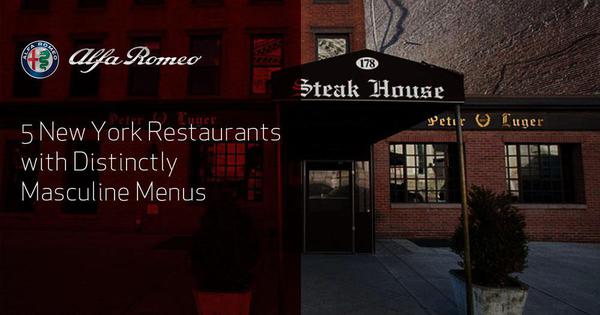 New York City is known for its amazing restaurants, many of which locals can find right outside their doorstep. With so many to choose from, however, it can get a little tricky to pick the best spot for guy's night out. Thankfully, we went ahead and sought out the best establishments that will satisfy every type of gentleman. 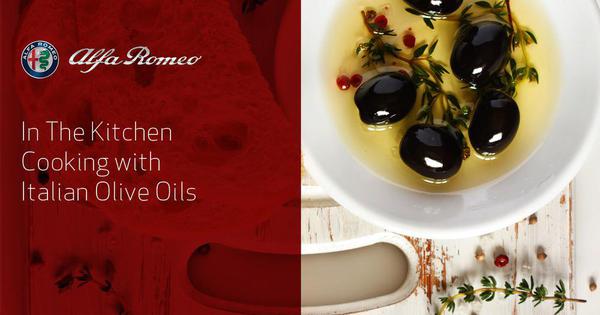 In The Kitchen Cooking with Italian Olive Oils

In Italy, olive oil is not just another ingredient to add to recipes, but is an essential part of cooking well. For centuries, Italians have been using it to heighten the flavors of dishes and have learned how to create the most refined dishes with it. 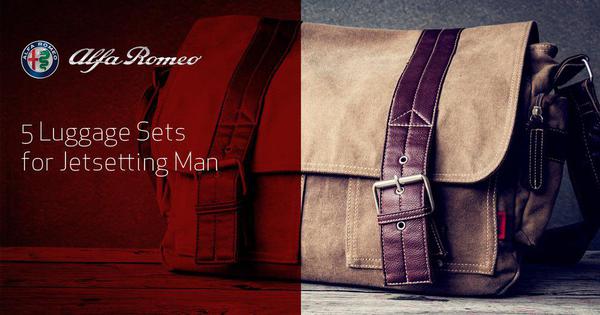 5 Luggage Sets for the Jetsetting Man

You can tell a lot about a man by the luggage they own. Distinguished, confident and successful men know that style is not just a suggestion, but a necessity. And a well-traveled one knows that having the best suitcase is essential when exploring the world. With so many luxury luggage brands to choose from, it can be difficult to select the right one for you. 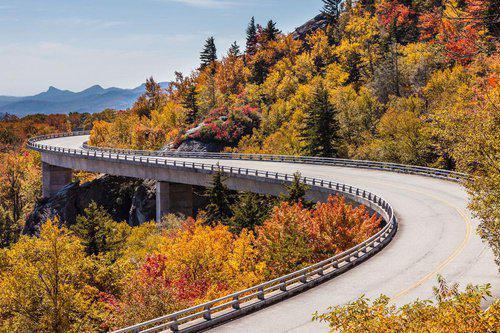 Road trips are a quintessential part of growing up in America. We have so many beautiful landscapes and scenic routes scattered throughout the country that it's nearly impossible to go through life without experiencing a great one.If your adventure includes a luxury ride that seamlessly hugs the road's curves, you're sure to have an unforgettable trip. This year, instead of hopping on yet another plane, why not jump into the driver's seat, turn on your favorite playlist and cruise along one of t 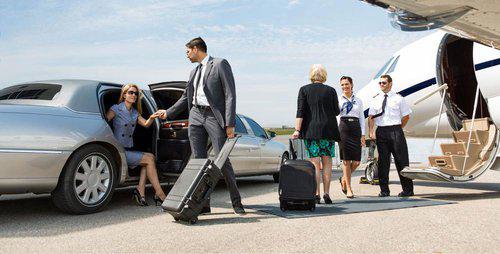 If you’re a frequent traveler, loyalty programs are nothing new or exciting to you. Plus, most of you have earned enough points with your preferred airlines to be able to access their VIP lounges. But in some airports, only the most elite guests are invited into private programs offering lofty privileges and distinctive perks. Celebrities, politicians and the world’s biggest power players are all a part of these secret clubs, and if you’re not a part of the “in crowd,” good luck getting an invi 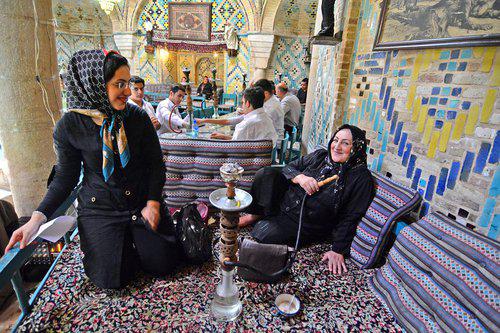 The Unexpected Destination on Bloomberg's Places to Visit in 2017 List

On Tuesday, Bloomberg released its list for Where to Go in 2017. While many of the places seem like obvious choices—Cape Town, Miami, Toronto, London, Japan—we were definitely surprised to see one name we weren’t expecting: Iran. In February of 2015, we wrote about the Middle Eastern country urging travelers to visit its borders with an international tourism campaign. Yet, at the same time, the revolution’s slogan throughout the country was “Death to America.” 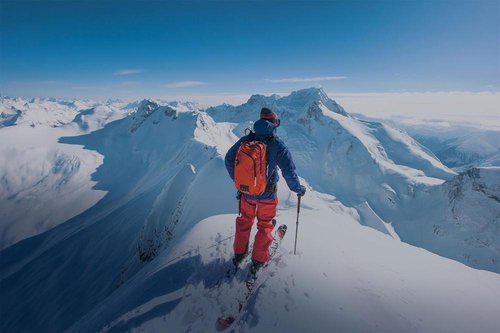 8 of the World's Best Heli-Skiing Destinations

There’s nothing like fresh, untouched powder when you’re heading out on a ski trip. But finding that perfect snow can be difficult, especially at crowded resorts where waiting in lift lines and battling less experienced skiers can get in the way of a good shred sesh. This is why ski enthusiasts look to heli-skiing for unbroken snow, more challenging topography and the kind of epic conditions you’re likely to only catch once a year. If this sounds like your kind of adventure, here are eight of th 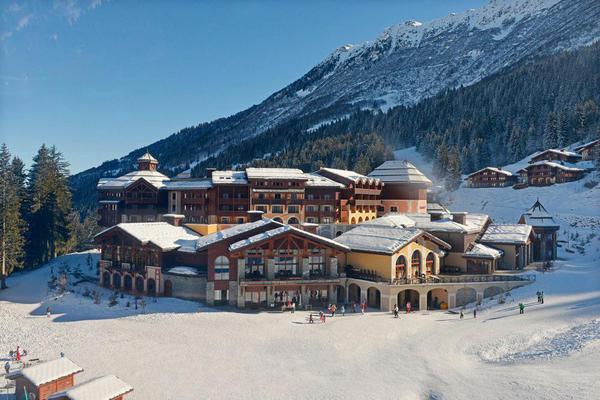 Why Club Med Valmorel Should be Your Next Ski Destination

It was a cool 30 degrees outside in Valmorel, and the French Alps sat outside my window, full of fresh snow from the night before. As we jumped onto the lift from Club Med’s property, I began nervously clutching the safety bar in front of me as we rode to the top. Being a snowy and windy day, the only run available that morning was a blue-level course—not the easy bunny slope I had practiced on the day before. 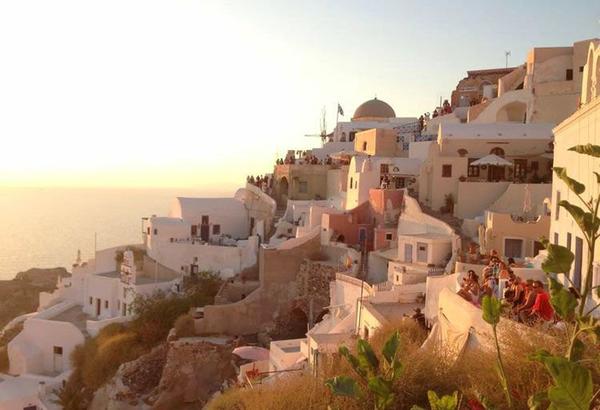 Navigating the Turquoise and White Island of Santorini: Where to Stay, Eat and Explore

It was barely morning and all of us were tired, eyes heavy on the flight to Santorini. My friends and I had stayed out all night exploring Athens, hoping to sleep at our hotel's pool once there. The sky was dark in Santorini when the plane landed, but within minutes pinks and purples filled the air. It was at that moment that the island became magical. A week later, we were in love, captivated by this surreal place. 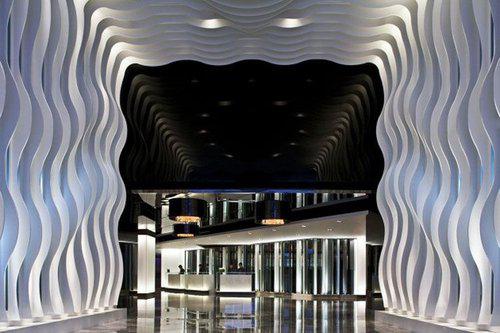 Haute, Modern and Fashionable: 7 Hotels That Break the Mold

It’s typical for four- and five-star hotels to offer the very best in luxe amenities, accommodations and services. More than likely when you’re a guest, you’re guaranteed the kind of upscale experience that you’ve grown accustomed to. But maybe, just maybe, instead of booking your normal go-to hotel on your next trip, maybe it’s time to get more creative with your stay. We’ll even get you started with our list of eye-catching hotels that range from fashionable designer-owned properties to incred 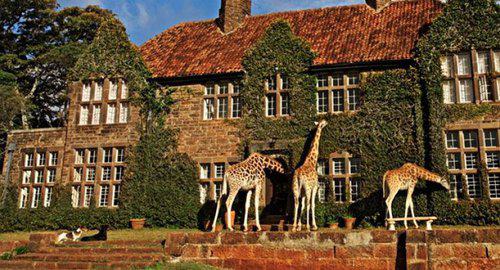 An African Hotel Where Friendly Giraffes Dine With Guests

Many times, images are all the convincing you need when booking a hotel. Especially if those images are of giraffes in East Africa peeping through guest’s windows and casually hanging out on the property’s front lawn. 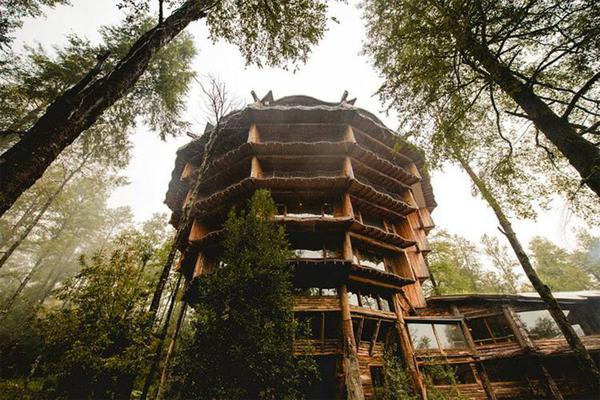 One of the best things about being a travel writer is getting to sit at a desk all day scouring the internet to find the hottest new destination, the craziest hotels or the most thrilling adventures around the globe; all the while, adding favorites to our own personal travel bucket list. When a really intriguing hotel pops up, we can’t help but share it with you, since we’re guessing you’re as much of a travel junkie as us. 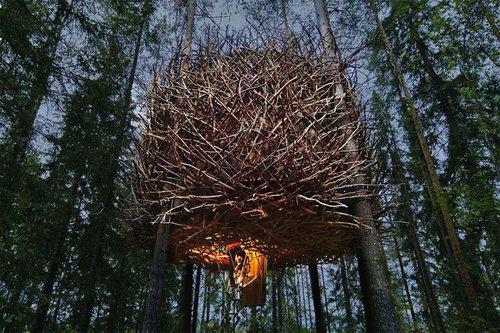 Swedish architects seem to have a knack for modern, contemporary design and an eye for cutting edge creations. Three years ago, founders Britta and Kent utilized those talents when they enlisted some of Scandinavia’s leading architects Cyrén & Cyrén to build Treehotel in Sweden. Mixing together nature and avant-garde concepts, the five-room community sits 13-19 feet above Harads village among the trees. 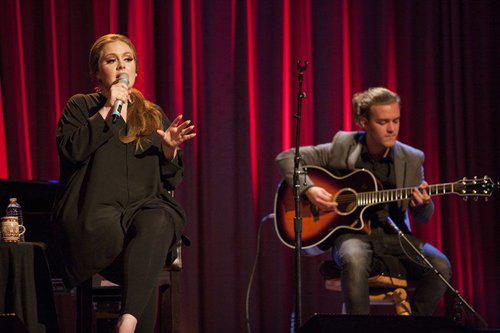 When you’re a die-hard music fan, discovering new bands and helping others see the potential in an emerging artist is an essential part of your day-to-day life. You browse online blogs, search through various music magazines, read forums, and go to local shows—all in the hopes of uncovering fresh sounds, inspiring lyrics and original talent. 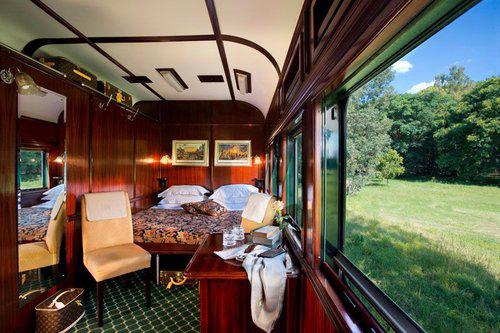 It’s no secret around here that our Executive Editor has an  extreme love of travel-by-train excursions. Maybe it’s the slow-paced life inside the richly decorated, wood-paneled rail cars, or the hours of conversations you’re afforded with other passengers as you pass through beautiful countrysides, either way, there really is something very romantic about locomotive travel today. 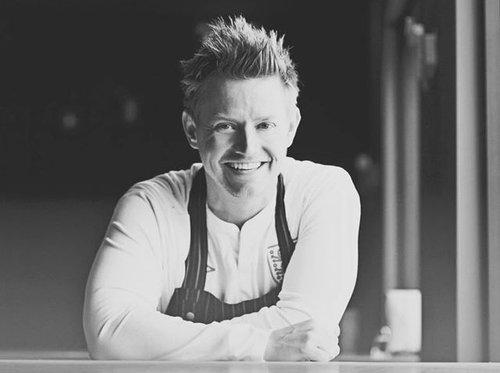 Chef Richard Blais is Over Bacon, Into Furry Felines & All About Marathons in Our Q&A

In March we introduced you to Junper & Ivy, the Little Italy restaurant opened by Top Chef All Stars' winner Richard Blais. Recently the studly chef (c’mon, look at that smile) took the time to become our best friend participate in a little Q&A in order for us to get to know him a little bit better. Opening up about his wife, food trend predictions for 2015 and cats (of all things), the American chef, reality show contestant, restaurateur and author gave us a glimpse into his life and made us lo
Load More Articles
Close ✕